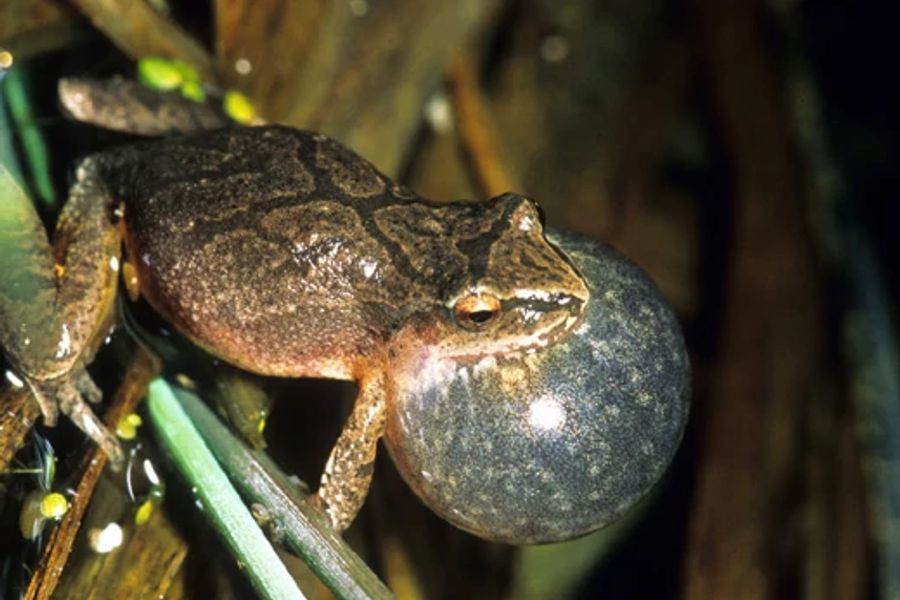 WISCONSIN — The Department of Natural Resources is looking for volunteers to lend their ears in order to help with two different frog and toad surveys.

One survey requires volunteers to drive along set routes three nights during the frog mating season. The other is a phenology survey, aimed at understanding how climate change may be affecting frogs, which people can complete at home or at a nearby wetland, lake or river.

Since both surveys occur at night after school and when the workday is done, the two surveys are great activities for families and can be completed while social distancing.

New volunteers can learn the different calls to identify the species, as well as learn more about frog and toad biology and ecology, by watching a series of short videos on all 12 frog and toad species in Wisconsin.

The Wisconsin Frog and Toad Survey (WFTS) is a citizen-based monitoring program coordinated by the DNR, in cooperation with the U.S. Geological Survey (USGS) .

The DNR began the Wisconsin Frog and Toad Survey in the early 1980s along pre-set driving routes in response to known and suspected declines of numerous Wisconsin frog species.

Volunteers survey one night each in early spring, late spring and summer and make 10 stops per night (five minutes at each site). They identify the species calling and record that information and the relative abundance of each species.

Phenology Survey Easily Done From Home Or Nearby Neighborhoods

The DNR has recently added the opportunity for an unlimited number of volunteers to conduct phenology surveys. Such surveys help monitor frog breeding seasons in relation to fluctuating spring weather conditions. Volunteers select one site to monitor throughout the spring and early summer and spend five minutes per night, as often as possible, recording data.

Volunteers have documented the highest levels of American bullfrogs and Blanchard’s cricket frogs since the survey began, a sign that proactive conservation measures for these two species are likely paying off.

Volunteer data has also documented a long-term decline for the northern leopard frog over the 38-year survey, while showing that spring peepers, boreal chorus frogs and green frogs have been on more stable paths since the survey began.